What is a graphene coating?

"The NEW kid on the block" is here! Graphene is the name for an atom-thick honeycomb sheet of carbon atoms - Harder than diamond yet more elastic than rubber - tougher than steel yet lighter than aluminium. It's the worlds strongest material and now it's being used in detailing products! Quite literally, its the superstrong, superthin, and superversatile material that will revolutionise not only detailing products, but the World!

The graphene coating is fairly new on the market for the detailing industry, instead of focussing on ingredients like SiO2 or other polymers, the main ingredient is graphene. Graphene is a form of carbon, which is known to be very durable and strong under the right circumstances.

Graphene, also known under the name graphite, is a single sheet of graphite. The microscopic surface graphene has an incredibly high surface area and is formed out of many hexagonal rings that are connected to each other. The total structure is known to be very strong and durable and under the right circumstances, it can retain a flexible property while still resisting large forces. Due to its very tightly packed carbon atoms, it is very stable and can be used in many different forms. One of the popular uses is to give strength to materials it is applied to; carbon fibre can be considered an example of this. As a nano-layer it is small enough to be invisible, and versatile enough to be applied to almost any material/surface. Due to its predictable surface formation, it can be repaired fairly easily also.

The self-repairing or self-healing property is mostly thanks to the addition of the exposure of carbon-containing molecules, such as hydrocarbons (many waxes, such as parrafin wax are hydrocarbons) and this makes it very easy to maintain the coating. Wear and tear could (in theory) be easily solved by applying a hydrocarbon-rich product that allows the nano-structure to heal and correct itself. This property has not yet been tested throroughly enough in the world of detailing to conclusively say if the adaptations in the automotive industry support this behavior. There is still a risk that the process of turning it into a coating makes it lose certain properties.

Due to the structure of graphene honeycomb and the chemical properties that it contains, graphene has a very high water contact angle when compared to most ceramic coatings currently on the market. This means any moisture in any amount will repel and slide off much easier, leaving a lower risk of any water evaporating on the surface which with other coatings will leave water spots. Beading is much stronger and bold and due to it’s electrical and thermal conductivity properties, graphene can safely be advertised as “anti-static’ which will repel dust and other micro-particles. This often will reduce the amount of buildup of dust on the paintwork and allow the car to be kept cleaner for longer. 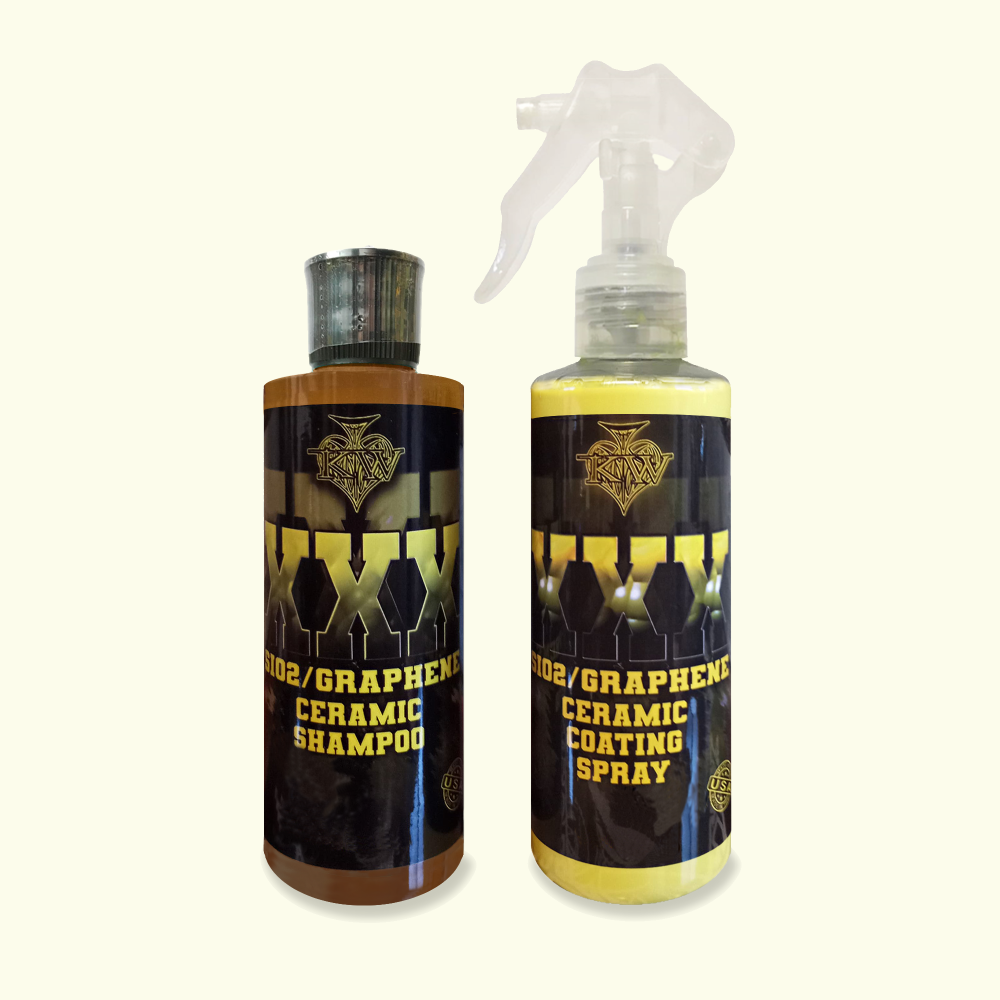 Application of a graphene coating

The products that are currently offered on the market are applied in the same way as SiO2 coatings are applied. The surface needs to be prepped properly and cleaned throughly. Any contamination on the surface can cause the coating to not adhere properly to the surface. Preparation of the surface is usually key to the performance of the product itself.

Conventional Ceramic coatings mainly contain Silica Oxides( SiO2). One downfall of that is that the conventional ceramic, silica oxide and quartz coatings are prone to water spots. Graphene claims to reduce heat on the surface of your paint and subsequently water spotting is much less likely when compared to ceramic coatings. Compared against ceramic based coatings, these supposedly retain heat, so any water that remains on the surface can potentially become a durable, mineral loaded and hence you get water spots. 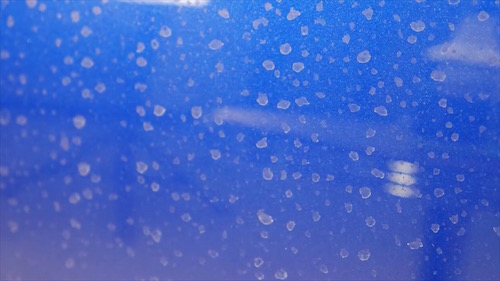 Those that have used graphene products in their detailing work have provided huge amounts of positive feedback and with time, we will see these more readily available and no doubt in many different forms. Exciting times!

Thankyou for shopping with The Clay Cloth Company